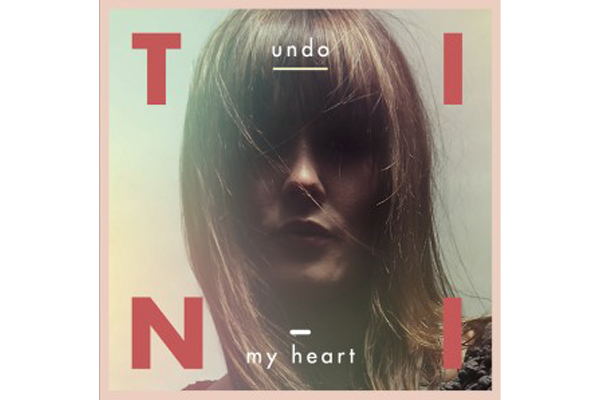 According to a blog by Landsforeningen for forebygging av selvskading og selvmord (LFSS) (the National Association for Prevention of self-harm and suicide), Tini’s debut album will be called ‘Undo my heart’. The album is expected in early 2014. A limited edition vinyl album features artwork by Magne on the front and back.

Tini is a young emerging artist from Norway with a voice as pure as fresh snow.

The music is Scandinavian melancholia with mainstream appeal, and she performs her material with impressive emotional impact – without resorting to tiresome, elaborate vocal gymnastics.

On February 3, a-ha.com announced that Tini’s debut single ‘Undo My Heart’ would be released on Valentine’s day, and would be streamed on a-ha.com that day. Tini performed several times under the radar during the first two weeks of February, culminating in an acoustic gig on February 14 as part of a new THIEF MUSIC Unplugged series at the hotel in Oslo.

Tini’s second single was ‘Send My Star’, which was released on June 2, followed by ‘You Can’t Have it Both Ways’ on October 24. See all of her releases here.

October 12 – Photo of Magne and Tini performing ‘You can’t have it both ways’ at a friend’s birthday party:

October 21 – Both Tini and Marius Beck posted on Instagram from Magne’s home studio, where they were working together on a track for Tini’s album:

December 19 – ‘Undo my heart’ is the featured music in this video from THE THIEF:

January 3 – Landsforeningen for forebygging av selvskading og selvmord (LFSS) (the National Association for Prevention of self-harm and suicide) announced that Tini will perform a mini-concert on March in connection with their 5th anniversary conference:

On December 11, Tini posted pictures of the front and back of her limited edition vinyl on Instagram:

On January 17, this photo was posted on Instagram, which includes the track list for the limited edition LP:

Side A: Good Morning

Side B: Good Night

Distributed by Vox Watch Music. There is no information yet about availability of this limited edition to the public (if any).