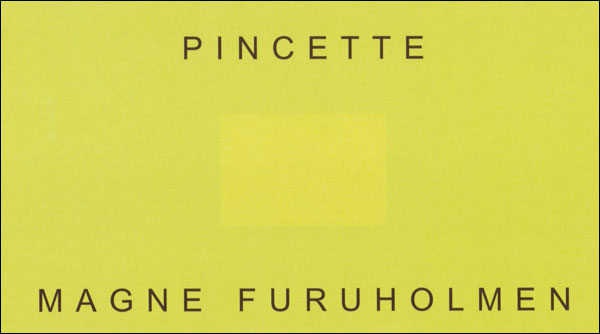 Magne was asked by Posten, the Norwegian postal service, to create an artist-stamp for release in February 2011 to coincide with Valentine’s Day. He was the youngest artist ever to be represented by an official Norwegian stamp.

In the process of creating the design, Magne became so fascinated by the miniature stamp format that he made an exhibition of about 50 miniature graphic sheets, each one made in one single copy (monotype). He also made a folder titled Pincette that contains 9 signed graphic prints. Traditionally, stamp designs are created in large format first and then reduced to stamp size. Magne chose to create his designs in 1:1 scale.

The design used by Posten for the stamp is called ‘Ties that bind’ and is meant to represent the thoughts connected with sending a letter. Magne said that designing a postage stamp was a high point in his art career. “This is just as wonderful as a-ha’s place on the top of the American charts.” 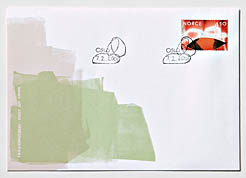 See also a listing on Stampedia.net.

Some photos are available from Scanpix here.