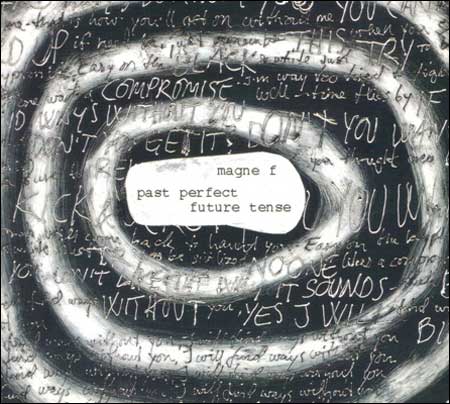 Magne’s debut solo album was released in September 2004. According to MIC Norway, Magne described the start of this project:

“It all started out as an ordinary songwriting process in the wake of the last a-ha album, but all the way I’ve had this feeling that it was turning into a solo project.” When he realized that his composing was moving into a solo project, the ensuing acknowledgement hit hard: “It was like an explosion in the back of my head. The tunes took on a whole new character, and when I began to sing them, the compositions appeared to me much cleared for me than before. All of it defined itself as a solo project with an entirely new persona.”

Furuholmen is apparently very proud of his debut solo album: “It feels a bit stupid to say so, but I recorded this album feeling that it is this decade’s most important record. At least, it is the best material that I’ve ever made.”

Click the links below for lyrics and 30 second song samples.

Andreas from the German a-ha forum had a chance to do a short Q&A with Michael Brauer, who mixed the album. The text is available in English and German here.

“A moving record,” writes Sylvain Courtoux about ‘Past Perfect Future Tense’ in Pop News. “A string of potential hits.”

In an Amazon.com listener review of ‘Kryptonite,’ Donna Wampach wrote, “Kryptonite is a must-listen for those looking for a bold, raw, and intimate music experience.”

Martin Lenon wrote in The Scotsman that ‘Past Perfect Future Tense’ has “intelligent, dynamic and well-written tunes.”

Also in The Scotsman, Andrew Eaton characterized ‘Past Perfect Future Tense’ as “lush, epic, folk-tinged rock, the biggest revelation being his singing voice. He’s no Morten Harket, certainly, but this works in his favour; it’s a rough-edged thing reminiscent of the Flaming Lips’ Wayne Coyne, far from the slick crooning of today’s boy bands. Musically, we’re in the territory of Jeff Buckley, Radiohead and classic U2.”

Only two official videos were released to support this album, Past Perfect Future Tense and Kryptonite.