Magne returned to Notting Hill Arts Club for a one-off gig the night before the ‘triple solo’ concert at Royal Albert Hall on May 24. The set list was identical to the ones performed at Rockefeller in Norway earlier in the week, however the mood was much more relaxed and the place was packed.

Sandwiched between a-ha’s triple-solo concerts in Oslo and London, Magne performed a truly solo concert at Notting Hill Arts Club on Friday, May 23. Although the venue generally doesn’t do advance ticket sales, the intense interest of the fans caused them to rethink their policy; as a result, the concert was sold out back in February.

This part of London was home to the members of a-ha back in the early 80s, before they achieved international success. Between songs, Magne told a story about taking a job for £1 per hour as a bartender in a pub up the street; as the one in a-ha who spoke the best English, he was elected to make some money to pay the bills, while Paul worked on writing songs.

Magne seemed enthusiastic about returning to play at Notting Hill Arts Club after a nearly four year absence. The appreciative audience sang along to every song – except when Magne asked them not to. “It’s easier for me if you don’t sing, but clap instead,” he said during ‘The Longest Night.’

The atmosphere was relaxed and friendly, with a lot of banter between Magne and the audience. When someone shouted, “We love you!” Magne replied, “Funny enough, I have never heard that on stage before. Can we write this down? I want to mark this in my calendar.”

Magne turned this around at the end of the night, by shouting, “We love you! We fucking love you!” He and his band left the stage to resounding applause, and the fans were left wanting more – and fortunately had one more concert to look forward to, at the Royal Albert Hall the next day.

Review on the a-ha official site 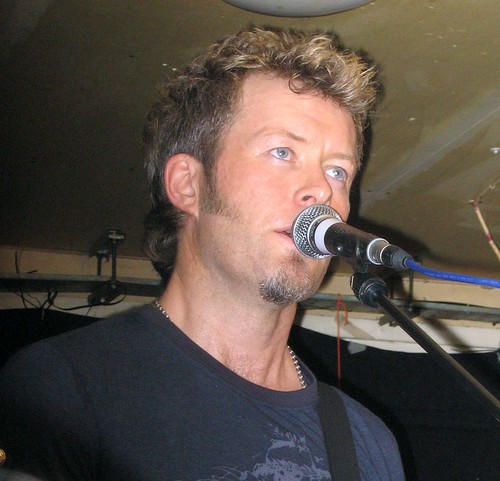 The title song for ‘A Dot Of Black In The Blue Of Your Bliss’: