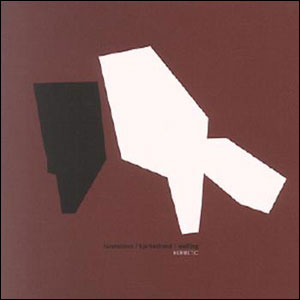 Assign an popstar (A-ha’s Magne Furuholmen), a professional film composer (Kjetil Bjerkestrand) and an unconventional Swedish singer (Freddie Wadling) to the task of creating incidental music for a macabre Norwegian movie (1732, Hotten), and what do you think you’ll get? A jumble, to be sure, including a freaky Residents-like cover (or two) of “When the Saints Go Marchin’ In,” spools of nearly amorphous synth digressions, bizarre vocal experiments, ambling instrumentals, almost-songs, partially realized ideas and even a rather respectable synthpop number that evokes a grimmer Simple Minds. Not one of the more cohesive records in recent memory, though there’s quite a bit of intriguing weirdness here, and that alone is enough to suck you into the morass. In fairness, familiarity with Karin Julsrud’s film would add to one’s appreciation of these interpretive fragments. From what I’ve been able to gather, the movie (also known as Bloody Angels) involves dark secrets (aren’t they all?) that surface in the wake of an investigation into the circumstances attending the drowning of one of two brothers suspected of the rape and murder of a young girl. Bjerkestrand and Furuholmen have previously collaborated for Julsrud, contributing an award winning score to one of the director’s television productions. Wadling’s much-acclaimed band, Flesh Quartet, has a reputation for unpredictability, delivering a mix of classical, ethnic, urban, blues, jazz and rock with the instrumentation of an electrified string ensemble and the consolidating presence of his versatile vocals. He carries none of this over into Hermetic, however. Even Wadling’s contributions come across as forlorn rather than eccentric here, and the album as a whole is as hauntingly introverted and detached as its title would suggest.

Music from ‘Hermetic’ is featured in this video clip: