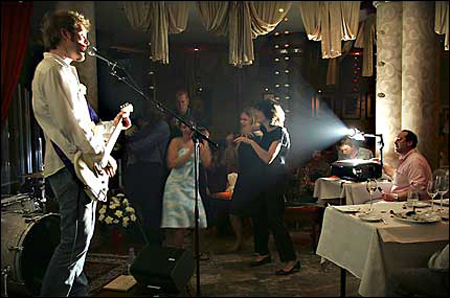 Magne was part of a Norwegian cultural delegation on a state visit to Vietnam. In addition to an art workshop with Vietnamese students, which was opened by HM Queen Sonja of Norway, Magne performed four concerts while in Viet Nam. Magne was joined by Martin Terefe on guitar and Frode Lamøy on drums.

The performance in the city center of Hanoi was apparently the first outdoor concert Western musicians ever held in Hanoi. According to a quote from Magne in VG:

We wanted to break with the established and do something new. Playing without stage show, and without sophisticated equipment. It was absolutely amazing and is one of the greatest concert experiences I’ve ever had.