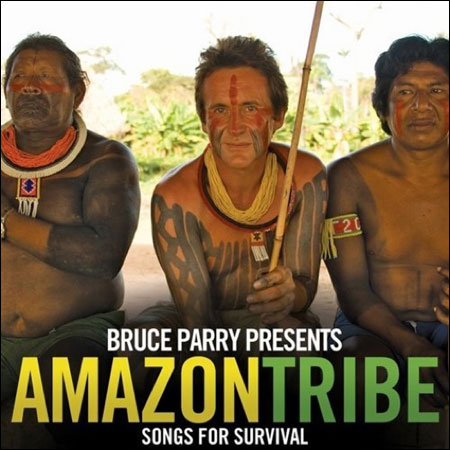 Apparatjik started as a one-project band whose members are Magne Furuholmen, Martin Terefe, Jonas Bjerre from Mew and Guy Berryman from Coldplay. The band recorded a song called ‘Ferreting’ for the soundtrack of the Bruce Perry ‘Amazon’ television series which aired in the UK in 2008 on BBC. There are a lot of great songs on the album, the sale of which benefits Survival International.

The album is called ‘Songs for Survival’ and it has been digitally released on iTunes and Play.com; on Monday October 13, 2008 the CD was released to stores in the UK, including HMV, Zawi and Fopp. You can also order it from Amazon.

‘Ferreting’ was released as a radio only promo CD single. Click the track name below to hear a short sample.

A fan named Izzy wrote to Kensaltown to ask for the lyrics of the song, and this was the reply she received:

“Here you go! Jonas from MEW sent me these to reply to your question. Here are the lyrics, or most of them”

Guy Berryman spoke about the single and Apparatjik on Coldplay.com:

Q: And you formed Apparatjik with Magne to make a song for the Amazon programme. How did that come about?

A: It was actually the idea of a mutual friend of ours, Martin Terefe, who’s a producer. We wrote and recorded that song in a very small studio in Copenhagen in about three hours, so we were quite surprised to see it being received so well. I haven’t even heard the final version of it. And I’m still not sure how the band name is pronounced!