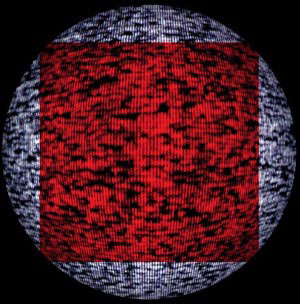 Apparatjik made their second album available for free download on their Facebook Page. The album is called ‘Square Peg In A Round Hole’, and it is part of a larger project which also includes an iPad magazine and this ‘Everyone is one bar’ music collaboration project.

The free album download is only the first draft, however. Apparatjik has announced that they intend to release 10 more versions of the album weekly, leading up to a final, official album release on February 21, 2012. The official release will incorporate input from the public via the band’s Facebook Page, in the form of comments, suggestions and poll responses.

If you want a more direct way of contributing to the album, you can also obtain the full stem files from apparatjik.com, by providing your e-mail address and agreeing to the terms of the music collaboration project. Once you have the stem files and the audio mixing software of your choice, you can remix the songs yourself and upload the result to Apparatjik for their consideration. The deadline to participate is February 7, 2012.

Here is a statement released by Apparatjik:

Apparatjik is chiefly a conduit for creative trip-wiring: first you find out how a thing works, then you break it. all children learn this way. all adults too. on the new album we have collaborated with other artists and now we want to invite our fans and other musicians to contribute by commenting, voting for ideas or taking raw elements from the album and work with, embellish and submit back to us. we have collaborated with our fans in this way for visual projects like ‘everybody is a pixel’ at the Neue Nationgalerie in Berlin and our new iPad magazine ‘apparatjik world’. this time we’ll try with music.

Everyone Is One Bar Collaboration Project