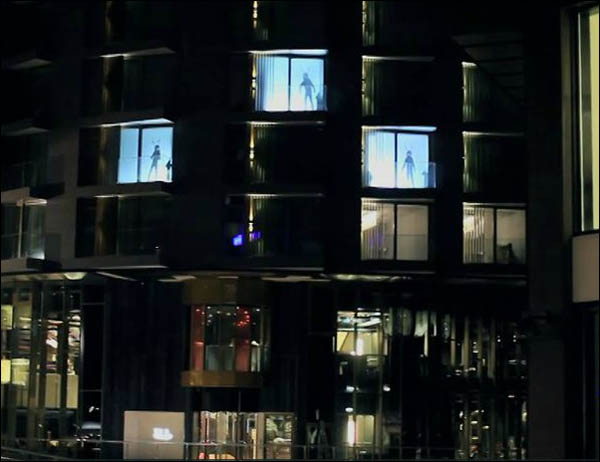 In December 2012, THE THIEF hotel in Oslo invited people to submit videos of themselves ‘dancing like an Apparatjik’ for a chance to win one or two nights in their Apparatjik Suite. The original video request was posted on Facebook:

you can dancing if you want to!

in case you wish to taking class, you should try the following strategizing:

1. place one friend not so afraid of public ridicule in front of hotel building, and let rip.
2. please to send beautiful recording to hotel facebook paging; http://www.facebook.com/thethiefoslo

if you make funny dancings in front of other things, hotel peoples will still look and consider.

this message approved by the eYeon committee.

The contest deadline was then extended to January 31, 2013 to allow more time for people to participate. The winners were announced on February 9 on Facebook.

Two videos from Carlos Macia, a fan who won the ‘Dance like an Apparatjik’ contest, and got to stay in the Apparatjik Suite as his prize: