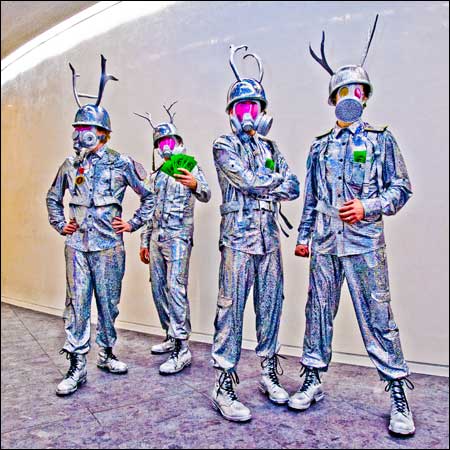 To coincide with the final two Apparatjik performances at the Neue Nationalgalerie, the band released this single, available as digital download only. A message from Apparatjik, cross-published all over the multiverse on 24 March 2011:

To coincide with the final two Apparatjik performances at the Neue Nationalgalerie, Berlin 9pm on 26 and 27 of March, we are zonked to present COMBAT DISCO MUSIC in digital resolution glory.

What the press could have said:
‘The best single ever – at least since Kung Fu Fighting’
‘Apparatjik is something else’
‘Bauhaus as a farce’
‘Combat Disco Music flies in the face of flies everywhere!’
‘What does this have to do with anything?’
Download available now on iTunes or apparatjik.com.
Listen to a full stream of the song on soundcloud.