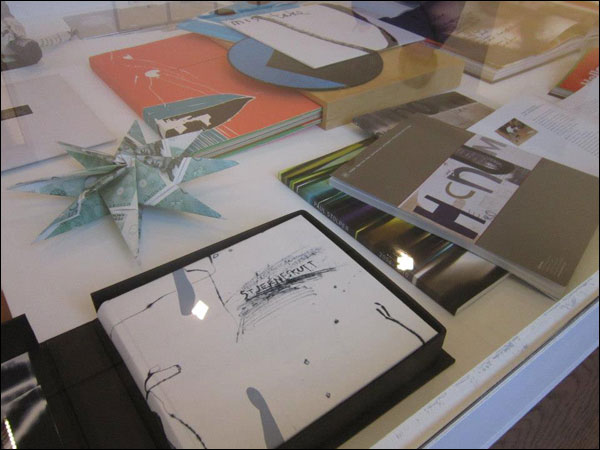 Magne participated in a group exhibition called ‘Art just west’ in Asker, outside Oslo. The ‘Art just west’ exhibition featured works from 84 artists. The opening took place in the square in Asker on October 9, and there Magne’s art Bouquet served as a backdrop for the evening’s program.

The work consists of white fabric draped around the building known as ‘Aalto-vasen’ (Aalto vase), and decorated with letters from the name of the exhibition forming various anagrams. The invitation for the ‘Art just west’ exhibition can be downloaded here. 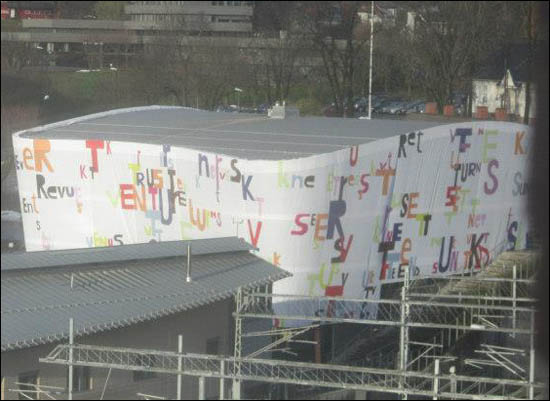 The following exhibition at Galleri Trafo was a jubilee celebration of Magne’s own works, a retrospective encompassing 25 years, and coinciding with his 50th birthday on November 1. This exhibition, also called Bouquet, opened on October 25 and ran through November 25.

From an interview with Livein.no, and translated by a-ha-live.com, Magne says this about the ‘Art just west’ outdoor work:

This is a temporary artwork that will put its mark on the whole area during a limited period of time – in the way graffiti and street art can do, albeit in a more legal and controlled form.

From the same interview, Magne says this about the Bouquet exhibition:

This will be a kind of anniversary exhibition. In connection with my 50th birthday in November, Galleri Trafo and the house owner asked me if I would be interested in doing something to mark the occasion. I said I would. I have kept artworks from many different periods of my career as a visual artist, and I want to show a mix of old and new. These works haven’t been exhibited together before, so it will also give me a chance to see the works side by side for the first time and thereby get a look at any artistic development. Retrospectiveness is not something I have done too often. 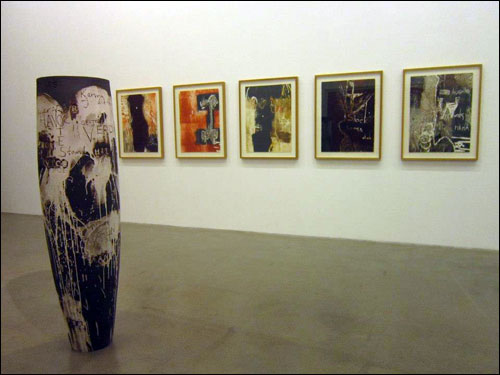 Video from the opening of the exhibition, including a short welcome from Magne and Martin Halla performing ‘Release Me’:

For those who could not make it to the exhibition, Magne’s official site has been updated with a series of photos from Galleri Trafo (click the >> on the lower right corner to proceed through the series of photos).