In early June 2010, Apparatjik sent out several messages and bulletins announcing the limited edition Bolshevik Box release. The Box contains the ‘We Are Here’ album on colored vinyl and a choice of one of eight signed prints.

The outland.com is being prepped as we speak for the sale of the Bolshevik Box. There are going to be 8 special limited edition prints to choose from which means the outland needs some special jiggery pokery to accommodate such a powerful box and prints of this calibre. The unveiling may be pushed to tomorrow morning due to multiverse interference. Re-wiring is taking place. Stay tuned.

On Saturday 5th June Apparatjik will launch The Bolshevic Box at Studio Hugo Opdal on the island of Flo in Norway as part of “Go With The Flo”. This limited edition CD/DVD/12” vinyl box set of We Are Here which will sell for £250 will include one of 8 exclusive Prints made by Apparatjik and will be strictly limited to a run of 200 (25 copies of each of 8 prints).

Before the official launch on 5th June the Eye On Committee would like to make a limited number of The Bolshevic Box with Print available to you for an introductory price of £150 while stocks last.

The Prints were produced by the band during a workshop in Norway earlier this year and the Bolshevic Boxes are already in production. Box with print to be shipped no later than w/c 12th July. Any purchaser of the Bolshevic Box will also receive a free download of the ‘We Are Here’ Album.

Please click here to order your Bolshevic Box and enter your code upon checkout.

The Eye On Committee

The eight limited edition prints to choose from: 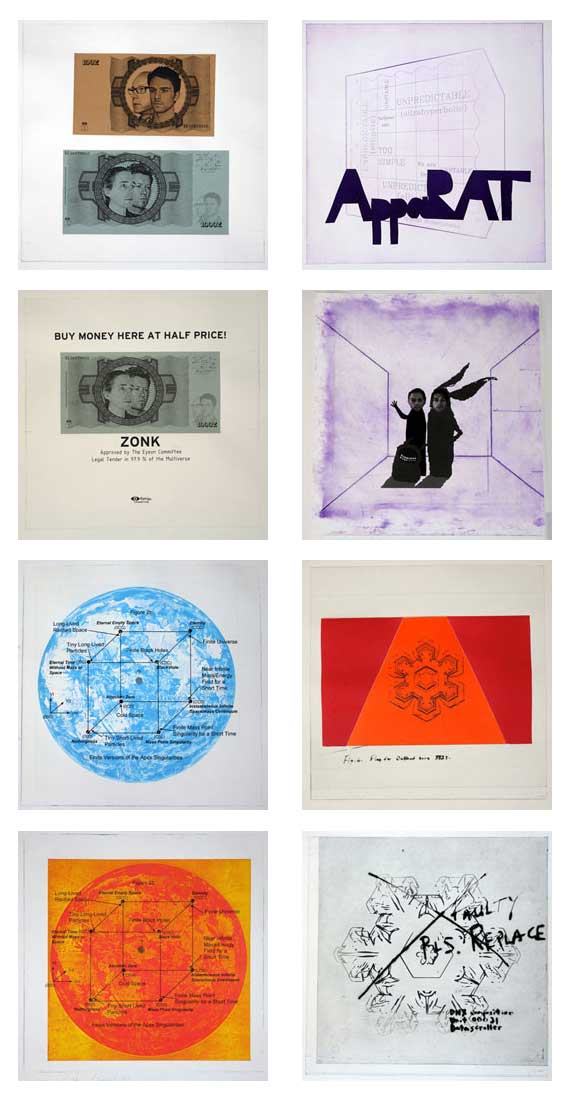 More detailed photos, including one of the available prints, are available courtesy of RonB here on the Apparatchick Forum.

There are also photos in the Aspire Blog, including a photo of the poster.