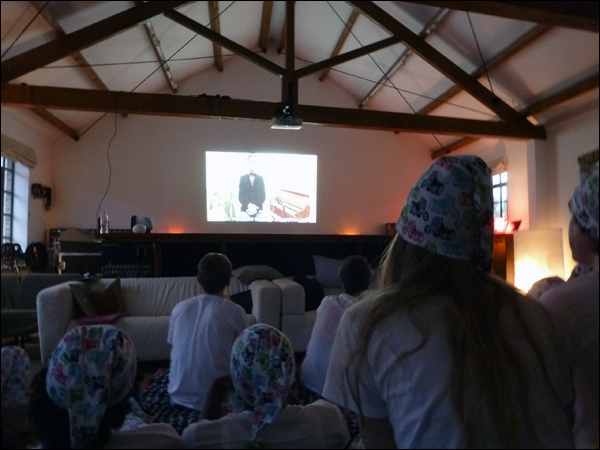 To launch their new iPad Magazine ‘Apparatjik World Issue A’, Apparatjik held a day-long workshop at Kensaltown Studios in London. The event was sponsored by Apparatjik, Bowers & Wilkins, Apple, Moods of Norway and Aspire Design Studios.

Here is a screenshot from the event invitation: 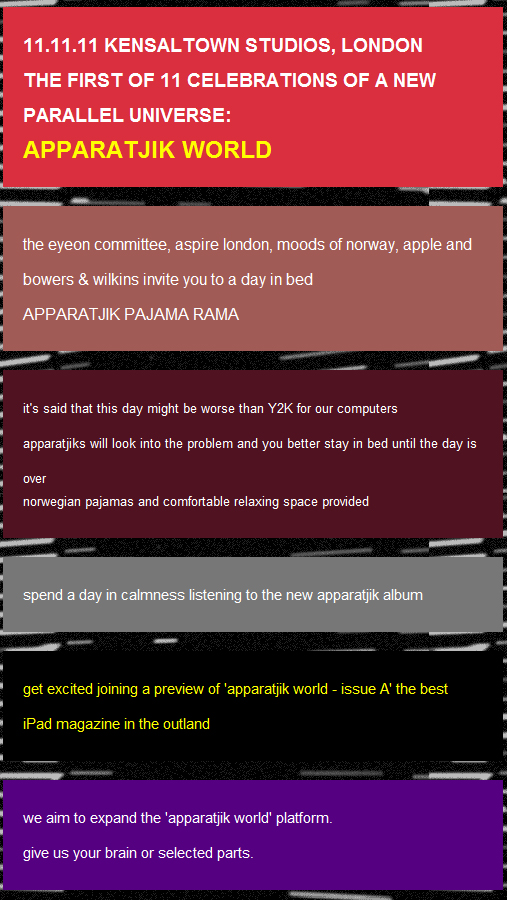 The event began at 11:11am and continued through 11:11pm. All guests were given Moods of Norway pajamas, and Kensaltown Studios was transformed into a cozy environment with couches and beanbag chairs – the better to relax and experience the new Apparatjik album in amazing 24 bit sound on Bowers & Wilkins speakers.

During the day, there were casual talks moderated by Ute Meta Bauer, Ed from Aspire, various Apparatjiks – Jonas, Magne and Martin attended – and even a Skype call to MIT in Boston for a live chat with Max Tegmark about parallel universes and other concepts. Additional guest speakers talked about their creative projects in fashion and art.

The key component of the day was the demo of the new ‘Apparatjik World – Issue A’ iPad magazine app, developed by Aspire.