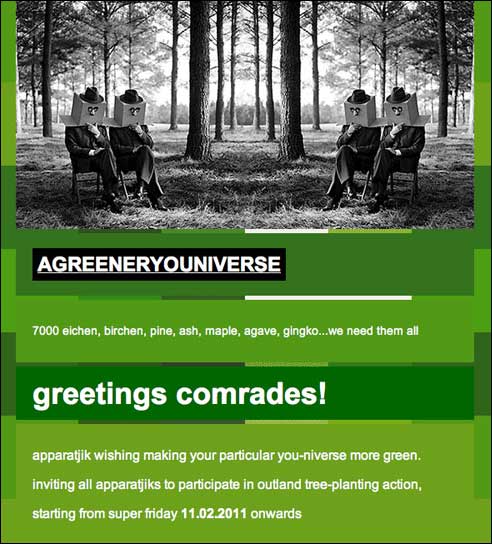 Via a bulletin in February 2011, Apparatjik asked the public to plant trees and submit photos to their site, and promised that when 1000 trees are planted, new music will be released. Later, Deutsche Bank planted 300 trees as part of the initiative.

In November 2011, those who submitted photos of their trees were rewarded with a download of Apparatjik’s new album ‘Square Peg In A Round Hole’, which at that time was only available via the Apparatjik World Issue A iPad magazine.