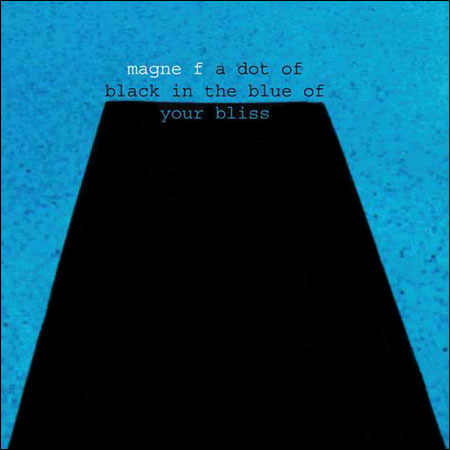 Magne’s second album, ‘A dot of black in the blue of your bliss,’ was released in 2008. Click the links for lyrics and 30 second song samples.

Detailed information about the album and variations: a-ha Discography

Excerpted facts from a-ha Diary about ‘A dot of black in the blue of your bliss’:

“I [was] curious to see what it sounded like. The short answer is ‘pretty damn good’. I have had the six tracks on myspace on all day. Just looping round and round. It’s really surprising stuff…The standout track so far is the title track “A Dot Of Black In The Blue Of Your Bliss“, the gritty electronic bass complements the gritty lyrics. This song has been lovingly and carefully assembled. I really like the production.” posted by ‘thatch’ on duggup.com.

This is the video that was included with the limited edition CD release: